As in all countries of the world, numbers in China are used to represent different digits. As elsewhere, Chinese numbers are divided into two types:

You should write numbers in China, like all other written characters, by using hieroglyphs. This is the main difference between the Chinese numbers and European ones. You can write composite numbers by combining hieroglyphs in the desired order.

In China, you can count up to trillions, the large digit capacity of numerals in Chinese will allow you to do this. There are two styles to write numbers in China:

The picture below illustrates how Chinese numbers can be shown by hand: 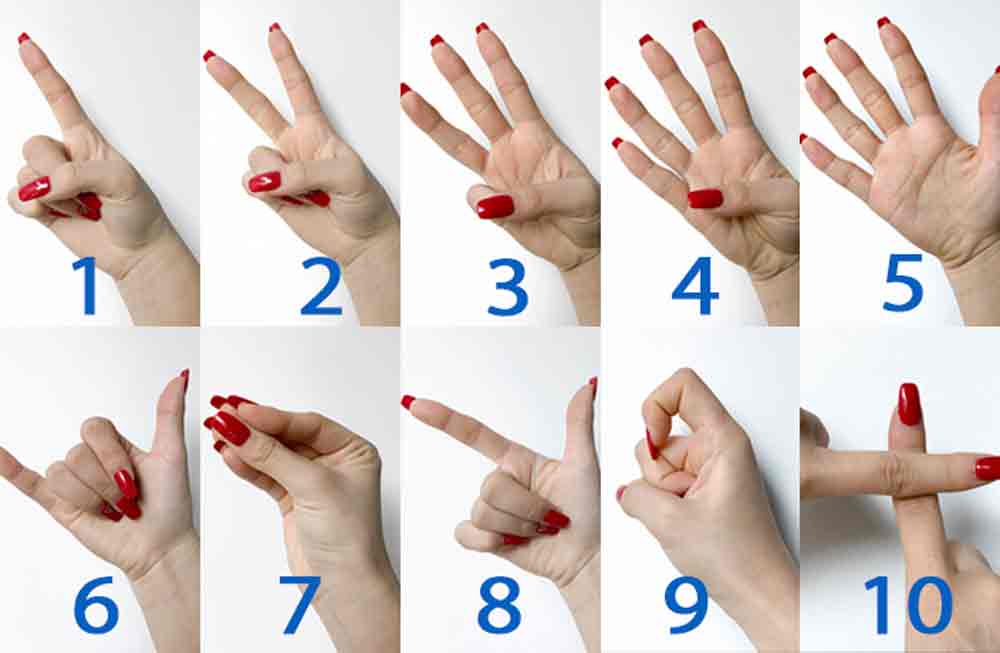 If we talk about ordinal numbers, then everything is simpler. They are formed only with the prefix di (第), for example, Dì yī – the first, Dì wǔ – the fifth, etc.

Interesting fact. In Chinese, all items are counted exclusively in pieces. For example, you cannot say “two bananas”, the Chinese say “three pieces of bananas”.

Since ancient times, numbers in China have been used not only to indicate numbers but also as symbols. Odd numbers are Yang masculine, and even numbers are Yin feminine.

We will briefly tell you what the Chinese numbers from 0 to 9 mean:

— 0 is used to denote completeness, emptiness and God. Zero is infinity; it has no beginning or end.

— 2 is the balance between Yin and Yang, that is, between a woman and a man, also denotes cooperation. Often at wedding ceremonies, you can see the hieroglyph of this figure, because it means “double happiness“.

— 3 According to the “Book of Changes”, which describes all the numbers in China, the number 3 is the unification of earth, sky and man. Three for luck, success and achievement of goals.

— 4 it is a figure of the material order, it symbolizes the material world. However, this figure can be compared with our number “13”, it is also considered an unfavourable sign and is pronounced like the word “death”. In Chinese hotels, you cannot find a fourth floor and a fourth room.

— 5 these are water, fire, metal, wood and earth (philosophical elements), as well as health, longevity, love of life, prosperity and death (blessings). A very significant figure for the Chinese.

— 7 considered a feminine number that determines her future life.

— 8 denotes abundance. People use as a talisman and defining a man’s life.

— 9 contains the characteristics of all the above numbers, therefore it is considered the number of the emperor.

These are such mysterious and interesting numbers in China, not just squiggles indicating the quantity, but symbols of wisdom.

Also, advise you to read our article about the differences between Chinese and Westerns.