The High education establishment began its history of activity at the beginning of the twentieth century, namely, at the end of the 1910s, as one of the most prestigious schools of that time, Lanzhou Law School. However, in the late 1930s, Lanzhou University was transformed into a university, and since then, it has functioned as a higher educational institution. The LU is located in the North-West of China, in one of the most historic regions of the country. One of the brightest events in the history of an educational institution was the beginning of the work of the LU, when one of the most famous academic figures with impeccable scientific experience decided, in order not to save this abode of knowledge. It was Deng Chungao, who later assumed the post of president and director of this institution, giving a powerful impetus to the development of the LU.

Scholarships for annual language courses for foreign students.
Undergraduate students (Bachelor) can receive a scholarship with different percentages for tuition fees (the amount of the grant depends on

Those who wish to receive a scholarship must be fluent in Chinese or English. Depending on the level of knowledge of these languages, the student will be able to receive a grant (or semi-grant). Further years of tuition fees at the university depend only on the academic performance of students, so students in undergraduate programs can receive grants of the highest class, which implies free tuition and accommodation. 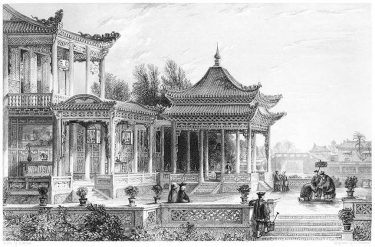 One of the negative factors affecting the development of the university was its location, or rather the manifestation of natural disasters and poverty. In addition, the university was one of the few universities in the country, which were allocated not so significant funds from the state budget. However, despite all this, the university, thanks to the great efforts of Deng Chungao, ranked with other leading institutions of higher education in the country. One of the main goals that Deng Chungao set was to minimize costs, maximize labor, increase the number of fundraising fees, and significantly increase revenue. As a result of such reforms, the university could, year after year, allow itself to acquire the necessary equipment for conducting laboratory tests, scientific research and other stations for conducting practical training.

It should be emphasized that the huge information resource centre, whose library fund consists of more than millions of books and magazines. Thus, the university library ranks first among the libraries of educational institutions in the Lanzhou region. In addition, when the LU has its own publishing house, where they publish journals, books and other scientific works, in this connection, the number of teachers who want to work here has only increased.

After the end of the Second World War, in the second half of the 1940s, the first President Xin Shuzhi created the Lanzhou State University. He continued the work of Dan Chungao, involving leading eminent scholars from all over the country into the educational and scientific process of the university. The goal was one – to bring up real talents that will raise the level of the country to an even higher level. Thanks to the quite lots of scientists gathered at the Higher Education Institute, the scientific potential of the LU started to grow, and today the Higher School has already earned quite a weighty reputation among the universities of the state as one of the most prestigious universities in China, promoting advanced ideas and developing cultural education. 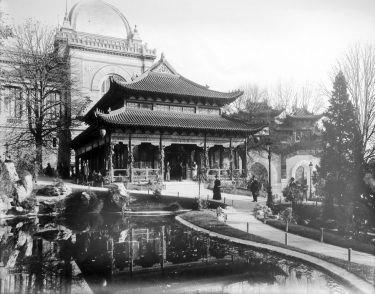 Starting in the second half of the 20th century, the government of the country decided that Lanzhou University would become one of the primary Higher education institutions in the western region of the country. As a result, scientists and professors from well-known scientific circles of the country gathered at the university, which made it possible to improve the quality of education and training. Thanks to these reforms, graduates are considered to be one of the most demanded personnel on the labor market, some of the university graduates occupy high positions in government and regional departments. And the other part of graduates devoted themselves to science, thus becoming successful teachers, responding also to the call of the government. This moment, perhaps, can be considered as one of the most significant in the history of the university, as the moment of transition from one era to another.

In the early 1960s, a new president was appointed at the Higher Education Institution – Jiang Longyi, who was one of the country’s leading scholars and was among the noblest people among the scientific community. Since his appointment, Jiang Longji has put a lot of effort into improving the quality of education, upgrading the material and technical base of laboratory and research stations of the Higher School. One of its principles was to respect and adhere to the law on education, paying particular attention to the quality of the education received. Jiang Longji tried to create a unique and own university spirit, an atmosphere that is completely different from other institutions of higher education in the country.

Along with the efforts being made, he was an activist who supported the comprehensive propaganda of party activities and the development of talented youth. In addition, he also appreciated the scientific research conducted in order to develop or implement those or other innovative ideas that will contribute to the development of the country. One of the highlights of the presidency of Jiang Longi was the opening of the Centre for Research and Innovation, a training center for training and retraining of personnel for certain specialized orientations.

The time of President Jiang Longji is considered to be the “Golden Age” of the High School, for it was during this period of the 20th century that the LU was given a powerful impetus.
The LU began to earn its rating and reputation among other Higher Educational Institutions of China in the mid-1980s, when, under the guidance of the University President Li Zhendao, the Higher School often occupied leading positions in various competitions and competitions both inside and outside the country. One of the highlights is the Symposium among Asian countries held in Manila of the Philippines in 1993, where over a hundred Institutes of Higher Education were recognized as the most famous, 26 of them were Chinese universities, and LU was one of them.

Lanzhou University received the sixth position in the ranking of the best universities of the country in 1995, and the Oxford Dictionary included the Higher School in the list of the world’s best universities. It should be noted that as early as 1996, the government of the country included the Higher education institution in the national program “Project 211”, thus, the LU became a primary national university. The Higher Education Institute expanded in the early 2000s when two other schools joined it — the Lanzhou Medical School and the former Gansu Passland Environmental Institute.