Shanghai always held a special place in Chinese history and the economic development of the country.  Change from a small fishing village to the main port of China. Shanghai became the first free trade area in China. Here carries out tests of economics and socials reforms. Shanghai is a reflection of the new progressive China. Studying in China is a springboard for the realization of future goals. Also in this article, we have described the best universities in Shanghai.

Leading city of Asia. Shanghai is a prime example of “New China”. Most of the upper-class of the country live here. In headquartered of the city work innovation Chinese firms, as well as international companies: Coca-Cola, IBM, Mercedes, Nikon and others.

The city is open to foreign trades.  Cultural diversity and ethnic groups had a significant impact on the development of educational institutes in Shanghai. Because of attractive career opportunities, Shanghai universities quickly took the leading places in China.

7 Universities in Shanghai have taken the places in QS World University Rankings (2018):

Below we will tell you about Shanghai universities.

Shanghai – the city of international career

Because of the position of Shanghai among international business as

Shanghai is known as the busiest container port among international business. After graduating from university in Shanghai you will be able to work in a multinational company in the city and in a few years move to another branch around the world. Whether, do you see yourself in finance, commerce, education or in another department, if you manage to find a job in Shanghai, it will be a great start for your career.

About 500.000 foreign students study in China, many of them study in Shanghai. The city ranks 29 in the index of the best student cities QS. A high score on employer activity (14th place) and students’ experience (3rd place) show how highly students and employers appreciate Shanghai universities.

Chinese Governmnet recently realized plans to convince international students to stay in China and after graduation. Implementing a new policy which allows foreign students to take a part in internships, a part-time job and even open a business in China after graduation, which was pretty hard before.

The education system in China is hierarchical. This means you will always address teachers formally as “professor” of (lăoshī) in the Chinese language. Students with the same schedule or attending classes individually with different students, each lecture depends on your specialty. Your scores will be calculated depends on your examination results or projects.

Shanghai ranks 29th place among the best student cities in QS in 2019. Also an exceptionally high place in terms of student experience and employers’ activity. This means that you have a chance to work in big Chinese companies. Shanghai government provides scholarships for international students. More about this and other scholarships we wrote here.

Dear readers, if you have financial and academic potential to study in Shanghai, follow that lead. You will not be sorry.

Fudan University is the fourth-strongest university in China. The state educational institution was founded in 1905. He is also a member of the C9 League and is among the top 100 best in the world. A huge plus – the students are given a chance to practice in an international company, which in Shanghai a large number. Also after receiving the certificate, graduates are in demand and have the opportunity to get to work with high income.

Any student of this institution can boast of strong knowledge in the field of chemistry because the university is ranked 51st in the world ranking. Besides, among the strong disciplines, we can mention mathematics (76th place) and computer science (151st place).

Shanghai Jiao Tong University – closes the top three of the country’s strongest institutions. The state institution was founded in 1896. It takes the 79th position of the world ranking of the best universities in the world.

Shanghai University of Transportation is a member of the League of C9 – elite universities in China.

University has 20 schools with 60 majors on bachelor’s degrees, 152 programs on master’s degrees and 14  government laboratories and engineering centers. SJTU ranks 62nd place in the top of the best universities of QS World University Rankings. 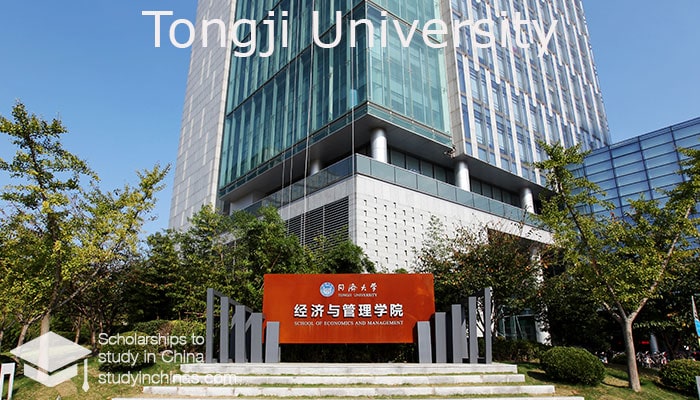 Tongji University is a state university in China, which began its activity in 1907. It takes the 14th place in the national rating of the strongest educational institutions of Great China, and in the world rank, it holds the 308th position. The campus is near Shanghai.

According to the QS World University Rankings, Tongji University was ranked 316th overall and 18th in architecture in 2018. The number of students about 36.000, 4.000 of them are international students.

East China Normal University was established in 1951. It aims to train teachers for secondary and higher education. Today ECNU is one of the best science-intensive universities in the world. University has 23 schools, 2 colleges, 11 research institutes and 58 departments. There are currently over 25.000 students, including over 4.200 international students.

Because of the large number of universities in Shanghai, it is easy to choose a program. Most universities have special quotas, which allows foreign students to study for free. However, exists some basic requirements for applicants.

To learn more about programs, please, feel free to contact our consultants or leave questions in comments below.

by Study in China
wpDiscuz
2
0
Would love your thoughts, please comment.x