Study in Chongqing. Chongqing city is the largest city in western China and the economic engine of the upper Yangtze. Chongqing can boast of exquisite cuisine and incredible geographic location. The city is at the intersection of two rivers Yangtze and Jialing. 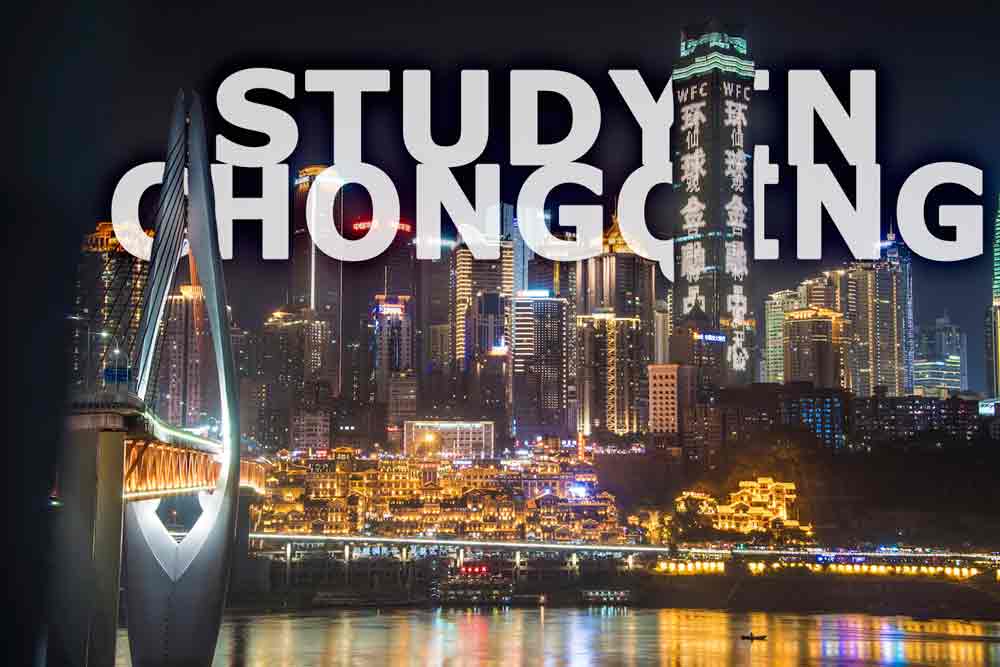 You should keep in mind that what seems to be close on the map actually will require a lot of climbing stairs and a lot of time walking. So, if you want to save time and energy it is better to use public transport or taxi. 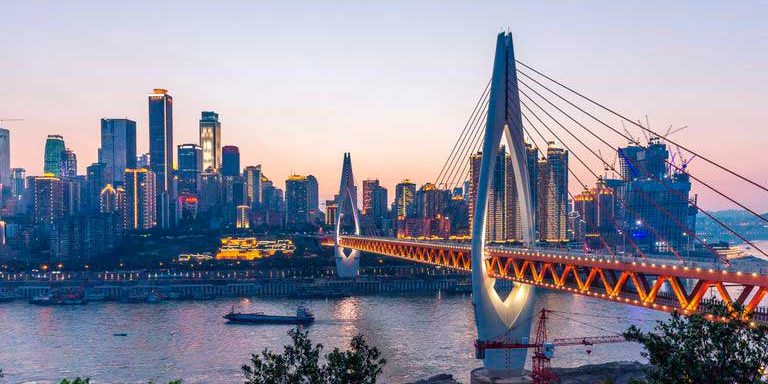 Being the 4th municipality of China after Beijing, Shanghai and Tianjin, Chongqing supports rapid economic development. In the process of developing the city saves its wonderful natural environment. The city locates in the highlands and because of that has uneven terrain and many water supplies, mineral resources, dense forests, rich flora and fauna.

If you are interested in study in Chongqing and you want to know more about applying to Chongqing universities and Scholarships, please, contact our consultants. They are ready to answer all your questions and help you to choose the most suitable university and program.

You can learn more about the scholarships provided by China by following the links below:

Chongqing has a mild and humid climate. Qin mountains protect the city from cold north winds. In the winter there is almost no frost or ice. January and February are the only cold months. The average temperature during these months is about 8°C  and 10°C respectively. Summer, which lasts from May to September, is very hot and moist. The average temperature in August is 29°C. The rest of the months are warm, with average annual temperatures ranging between 18 and 19°C. 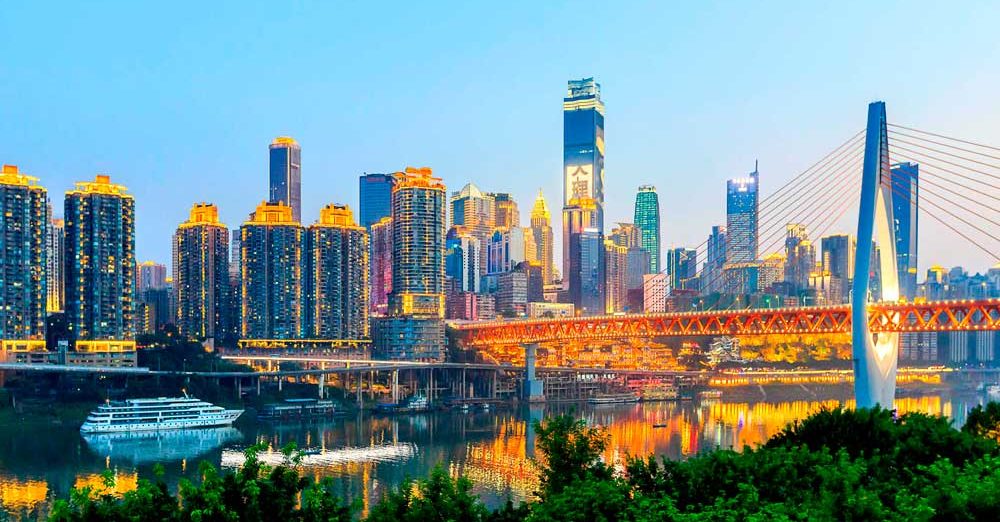 By the ancient sources, Chongqing was the birthplace of the wife of the legendary Emperor Yu about 4.000 years ago. In the 11 century BC, under Xi Zhou dynasty, the area surrounding Chongqing became a feudal state as known as Ba. Ba established relationships with the Yangtze Chu kingdom. Later it was incorporated into the Qin empire. By the middle of the 3rd century BC, the region was part of the Shu kingdom and completely independent from the north and central China. 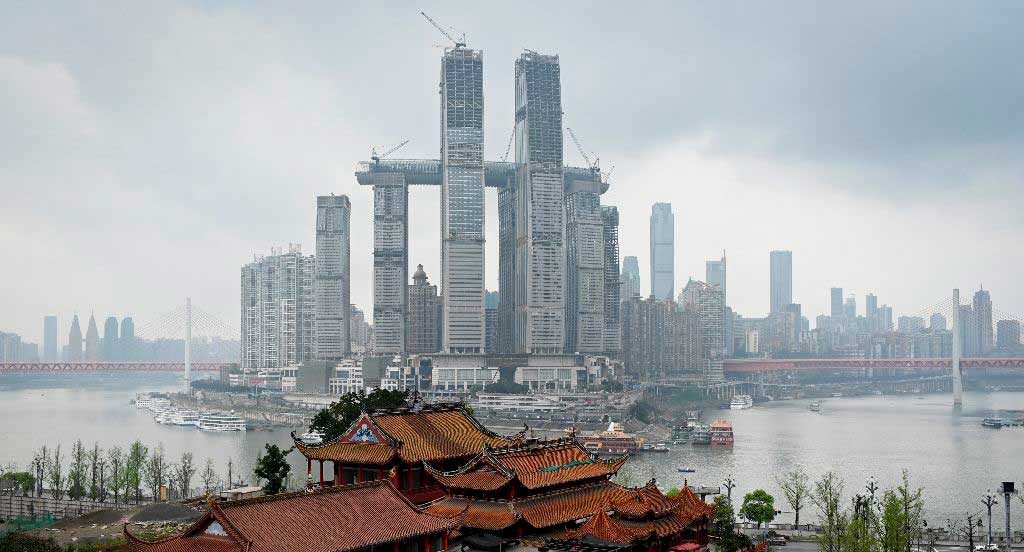 The huge complex of integrated metallurgical plants is also the biggest in China. Ore is mined in Qijiang (in the southern part of municipality) and in Weiyuan (near Neijiang) in neighboring Sichuan province. In addition, large iron ore mine is located in the northeastern part of the Wushan Municipality. Rich deposits of bauxite have made Chongqing a major aluminum producer in China. It is also the largest producer of strontium carbonate. 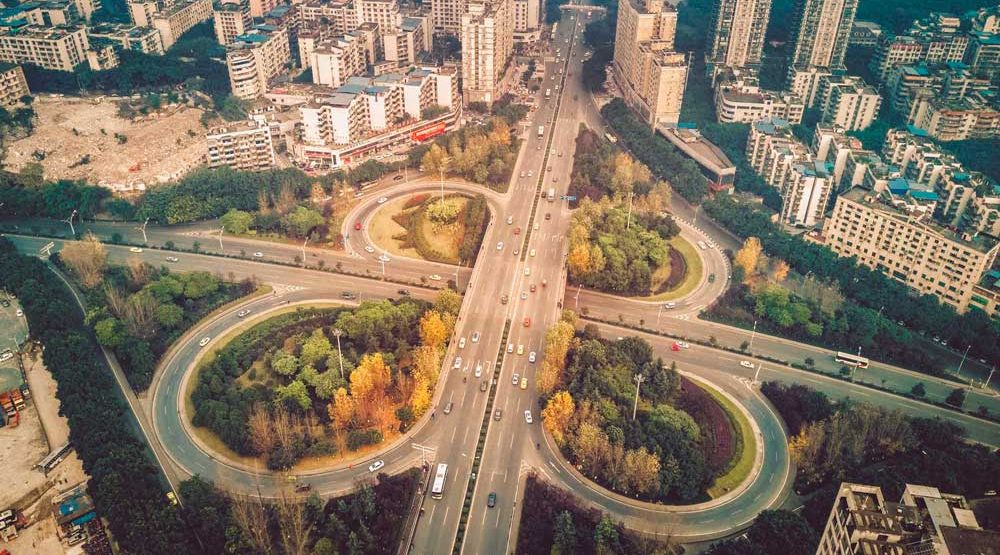 Chongqing University is one of the key national universities in China under the administration of MES. It was founded in 1929.  It is also worth noting that the university on the list of “211 Project” and “985 Project“. Currently, has 28 colleges. There are 50.000 students, 20.000 of them are on master’s and P.h.D. degrees programs, others are bachelor’s. 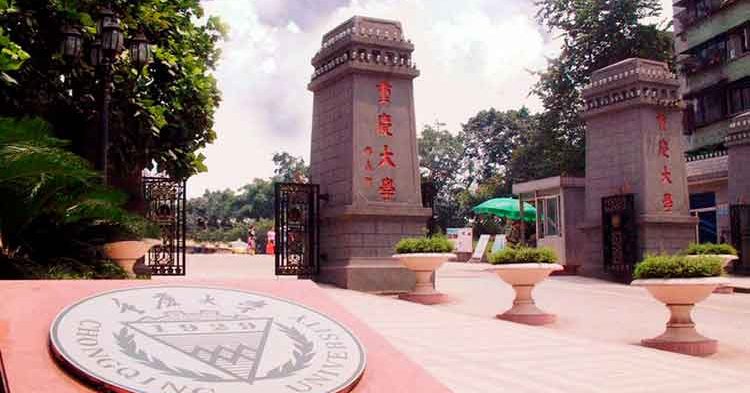 There are currently over 5.000 faculty and staff members. 3.000 of the are full-time members:

Chongqing Jiaotong University was founded in 1951. Now it is an interdisciplinary university that offers bachelor’s, master’s and P.h.D. programs. The university covers engineering science, science, economics, humanities, jurisprudence and other majors. There are almost 40.000 students.

Chongqing Medical University (CQMU) was founded in 1956. It is one of the key universities under the direction of the Chongqing government. The university offers bachelor’s, master’s and P.h.D. degrees in medicine and other related fields. Since 1980 started accepting international students to study medicine. At the moment, more than 600 foreign students from 20 countries study here on undergraduate, graduate and doctoral programs. The university has 5 affiliated hospitals, 27 educational and clinical hospitals, 10 colleges, 6 branches and the school of nursing.

Southwestern University has developed its current performance in teacher and agricultural education. It outstrips in a number of disciplines, including education, psychology and agronomy. Among them, the study of the silkworm genome takes the leading place in the world. Hundreds of new technologies and advances have brought with them outstanding social and economic benefits.

If you want to know more about Chongqing Universities, contact our consultants. Or leave your questions in the comments below.