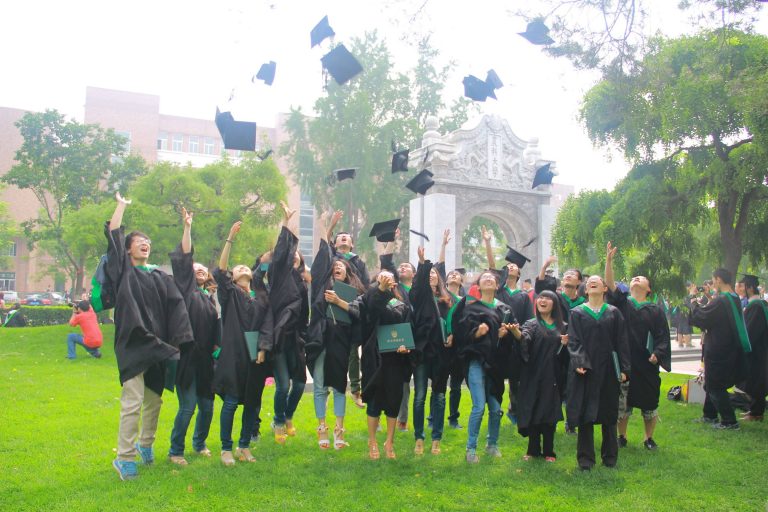 The first in popularity for academic purpose in Asia and the third in the world – China, as an educational center, attracts more and more students from all over the world. This was not always the case, but the growing economy of China requires skilled personnel whom you can be by taking Bachelor program in China.

That is why the Chinese government in recent years pays great attention to reforms in the field of science and education.
Now the country not only actively supports international cooperation of universities,
but also creates all the conditions for the career opportunities of its students who have received education abroad.

The modern level of education in China meets the highest international standards.
Universities are actively funded by the state, developing their own infrastructure,
scientific laboratories, and also attracting foreign teachers to teach.

In China, you can study for undergraduate and graduate programs, and then continue your education in doctoral studies.
Training is available in Chinese and English.

So, consider the main advantages of getting an education in China:

Undergraduate in China
The first in popularity in Asia and the third in the world – China, as an educational center, attracts more and more students from all over the world.
This was not always the case, but the growing economy of the Middle Kingdom requires skilled personnel.

That is why the Chinese government in recent years pays great attention to reforms in the field of science and education.
Now the country not only actively supports international cooperation of universities,
but also creates all the conditions for the career opportunities of its students who have received education abroad.

The modern level of education in China meets the highest international standards.
Universities are actively funded by the state, developing their own infrastructure,
scientific laboratories, and also attracting foreign teachers to teach.

In China, you can study for undergraduate and graduate programs, and then continue your education in doctoral studies.
Training is available in Chinese and English.

Advantages of getting an education in China:

Learn Chinese
The second most common in the world and one of the 6 UN languages, in Chinese, according to the latest data, is spoken by about 20% of people on the planet,
that is, every 5th inhabitant of the Earth. In this case, Chinese is still considered a rare and exotic skill.

Therefore, knowledge of this language is highly valued in various fields – science, education, economics, and especially business.
However, the complexity and specificity of the Chinese do not allow to master it at the proper level outside of the Middle Kingdom.

That is why one of the main advantages of receiving education in China is mastery of the Chinese language.
It is for the knowledge of Chinese that students from all over the world come to the Celestial Empire.

According to international industry rankings, many Chinese universities are ahead of European and American universities.
However, the cost of education is much lower here, and the cost of living (renting an apartment or a hostel) also does not go to any comparison.
Let’s compare the average cost of tuition per year (USD) in China, Russia, USA, Europe:

A special attraction for foreign students is the opportunity to receive a full grant for education. It is profitable and very prestigious.
Many educational programs of the People’s Republic of China include not only free education but also a monthly stipend (from 15 to 30 thousand rubles)
and reimbursement of expenses for living in a dormitory. Main scholarship programs:

Scholarship from the government of China.
Scholarship Institute Confucius.
Scholarship of individual universities and provinces.
Exchange programs and other scholarships.
China Campus Network scholarship.
Most programs include the study of Chinese, but there is also the opportunity to begin the primary specialty immediately,
subject to the HSK (the certificate confirming the knowledge of Chinese). At the same time, foreign students applying for a grant in
China undergoes a serious competition at the admission stage, and in the future they are required to confirm their academic performance in order
to continue their studies.

Each scholarship program has its own requirements for candidates. However, the general principle is similar.
The student collects a package of documents and sends it to China for consideration. The decision is made within 3-6 months.

The criteria for documents are different, but in general, the applicant submits to the selection committee his personal data, resume,
letters of recommendation and motivation letters, information on current progress (from school or university), HSK certificate, if required.
The latter is required for admission to undergraduate, the minimum level is 4 (out of 6 possible), but for admission to certain specialties,
5 are sometimes required (for example, to medicine). Now there are really many opportunities for talented youth in China.

Youth is quickly adapting to the system of Chinese education. In many ways, the latter is very similar to our homeland:
two academic semesters, winter and summer holidays, two main sessions. The undergraduate degree in China lasts 4-5 years, the master’s program lasts 2-3 years.
Most of the countries have signed an agreement on the mutual recognition of certificates, diplomas and degrees.
Drawing up curricula and forms of classes depends on the specific institution of higher education.
But in general, the formats of lectures, seminars, consultations and scientific conferences are also widespread in China.

A university in China is not only textbooks and checklists.
Almost all universities of the Middle Kingdom are campuses with a large territory and a developed infrastructure.
They are also taken to be compared with individual cities because the average campus capacity varies from 10 to 30 thousand students and teachers.
Not only academic buildings, but also dormitories, canteens, cafes, shops, banks, cell phone shops, post offices, sports clubs, and entire football,
basketball, volleyball, and other stadiums are located on the territory of the university. Students may not long leave university because everything you need is in his district. Life on campus is not only convenient, but also safe in a country with a high level.

The main accommodation option is a hostel on the campus of the university.

A campus is a campus the size of a few dozen hectares because the average campus capacity ranges from 10 to 30 thousand students and teachers.

1, 2 or 4-bedrooms.
For foreigners a separate hostel, where repairs and conditions are better.
The cost of a hostel – an average of 7,000 yuan (64,400 rubles) for 10 months.
Do not forget that a hostel in China, Russia, Spain or the UK is still a hostel, not a room in a five-star hotel.
It may be necessary to exercise with a broom, inducing comfort in your new home.
The second option is to rent an apartment or a room. It is much more expensive, but at first, without knowledge of Chinese it is also quite difficult. Prices:

After completing the course, the student usually has 3 ways:

have an internship or get a job in the Middle Kingdom
Get a job in a company where you need a specialist with knowledge of Chinese in your home or in the world or start your own business with China.
Not all companies in China have the right to hire foreign nationals, this requires a strict set of documents.
However, a foreign employee seriously increases the prestige and level of organization.
Therefore, each foreign graduate of a Chinese university has a lot of opportunities to get a job in the Middle Kingdom.

Salaries of applicants from abroad are significantly higher than those offered to the average Chinese.
In addition, some large companies incur expenses for accommodation, residence permit and medical insurance.

The use of a Chinese diploma in other countries also opens many doors. In recent years,
the country has made a real economic and political breakthrough in the international arena.
Therefore, a diploma from a Chinese university is not only knowledge of the language,
but also learning of culture and mentality, which is necessary for a successful business.
Now such skills and experience are highly valued. The most popular educational areas in China among foreigners are economics,
marketing, computer technology, architecture and information security.

Despite the fact that China is getting closer to European society, the Asian region still remains very unfamiliar to us.
Life in China is a great opportunity not only to travel in the Middle Kingdom itself but also to travel beyond its boundaries in those areas that do not seem so accessible when you live.
From China, it is easy, fast and relatively inexpensive to travel to South Korea, Malaysia, Indonesia, Thailand, Cambodia, Vietnam, Hong Kong, and Macao.

Ksenia from Russia
Study in China