Being established at the end of 1920s, Anhui University (安徽大学), was built in the Anqing province, is cited as one of the most important regional university. 30 years after the foundation, its location was changed to the central town of Anhui, Hefei. Today “211” programme of the authorities of education support the university to make it a distinguishable educational department in China.

University recruits 120-165 students for grant places every year.Scholarships for Bachelor, Master and Doctoral Degree as well as for language courses are provided.

Having 1 park of tech and science, 4 campuses, which cover a territory of 215,000,000 meters and more than 12.5 km2 housing space, Anhui University is enjoying with its faculty of administration and teachers, amounts to around 3000 employees in total. It also manages 2 libraries those serving to the students with a wonderful assemblage of over 3 and a half million books, periodicals, etc.

According to the census of personnel members in 2017, it added up 2400 full and part time teachers and professors, which including 1000 lecturers and assistants, one given Youth outstanding scholarships of Funds of the Nation, 2 outstanding professors awarded with Chang-jiang Scholar, another three enlisted to 1000 Elites program, 30 holders of the regional Outstanding teacher Prize, 5 professional teachers joint to “hundred, thousand, ten-thousand elites program”, 13  masters who entered to 21st century-talents-upholding Program, 6 members of masters of the Globe, nearly 200 masters granted annually subsidies of the Ministry of education and the authority of Anhui. And the students’ total number was 486 postgraduates, 6000 masters degree graduators, over 23000 bachelor students as well as 625 foreign learners.

Having made cooperative contracts, including productive, educational and reasearching joints, in 15 countries, Anhui university managed to set up collaborations with 130 famous colleges, universities, and institutes. Most of them are in the developed countries like Germany, United Kingdom, USA, and Japan. Moreover, the university founded 3 non-profit organizations supported by the Ministry of education (Confucius) in 3 countries: Azerbaijan, Chile and Ukraine. 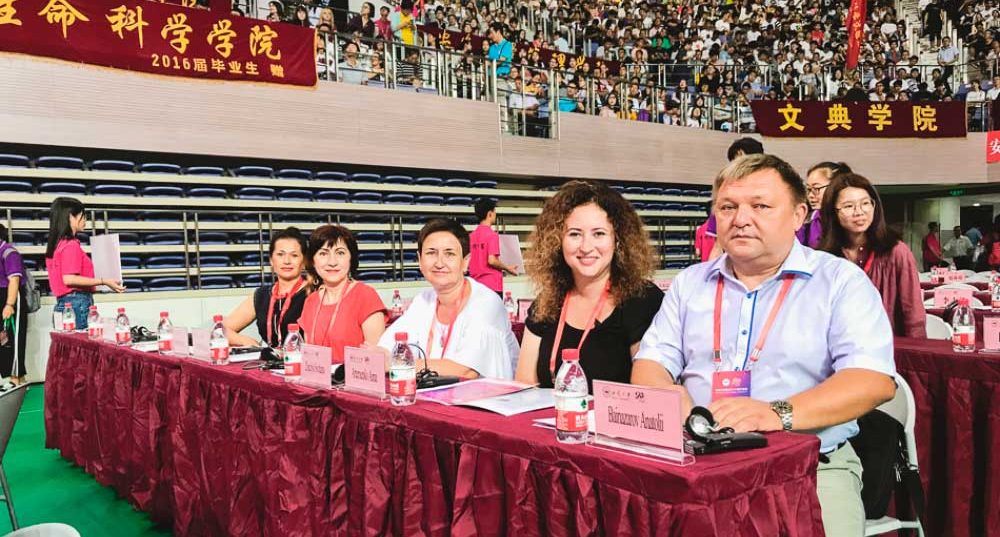 It’s also famous for its connoted culture, a wide range of disciplined areas, deep creative environment, picturesque atmosphere of the campuses, firm academical performances, unique experiments and researches, 1st rate educating conveniences. By having them, Anhui university became a factory that cultivates professionally qualified young generation for their region, which also gives an effect on far away.

Place in the State

Anhui university, was founded in Anhui region, and directly deals with the government to foster young well trained personnel, has been occupied with provide all of the science fields with its graduators. As taking on lots of responsibilities in training highly qualified cadres, it is counted upon to make a lot of improvements in the development of the society and the construction of the economy. There is no possibility that Anhui university stops putting efforts to re-construct or re-develop the region or the state to going on much more well one day. Instead, it’ll stick to what it is doing now, discovering and gaining scientific rewards as well as educating more practically by striving to reach all the standards of the world.

Covering a huge amount of fields (written in detail above), now the university runs four campuses, which include the newly-built campus. Besides, it is composed of 17 colleges, 55 branches, 62 bachelor-degree long-suits,  135 programmes for master levels, 20 PhD schemes, one station for post graduators, 5 special schemes for masters.  The total number of the faculty of the university is 2426. 250 of them are professors, and 500 assistant ones. The same thing in students amount to 30,000 and plus 7000 fully-grown-up ones.