Guangdong Ocean University(广东海洋大学, GDOU) was founded in the middle 30s of the 20th century in the city of Zhanjiang. It is considered as one of the most reputable institutions of higher education in the country in the field of training specialists in the sea.

The higher education institution consists of three campuses, the total area of all three campuses is over three million square meters, the whole territory of the university is surrounded by mountains of beautiful nature. According to the state statistics of the country, the campuses of the Guangdong Ocean University are considered among the best. Here, all the necessary conditions for comfortable learning.

If you are interested to study at Guangdong Ocean University, feel free to contact our consultants or to leave your application on our website. You can visit “Our Services” page right here to get known with the services we provide.

Guangdong Ocean University recruits 80-120 students for scholarships every year.Scholarships for Bachelor, Master and Doctoral Degree as well as for language courses are provided.

Nowadays, almost two thousand teachers work in higher education, more than 50% are professors and associate professors, about 45% are holders of Ph.D. There are three academicians of the Chinese Sciences Academy in the pedagogical staff of the University. Some of the professors are holders of state awards, ministerial awards, and commendations from the local government. More than a hundred teachers are candidates for the “1110” project. It should be noted that more than almost ten professors were appointed as members of the Ministerial Expert Council, most of them are heads of committees for managing the quality of education at universities. 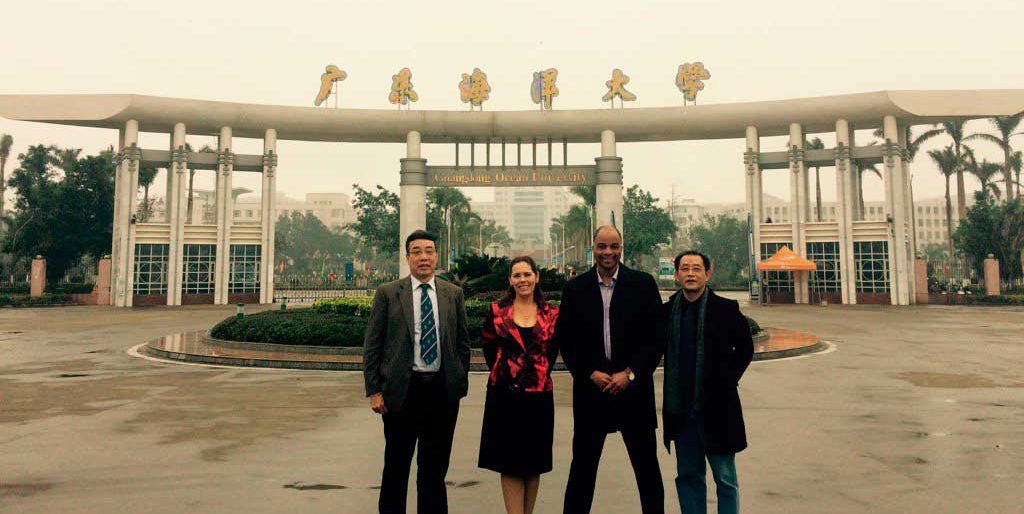 The government has created all the necessary conditions for both the educational process and for research. In addition, a national demonstration center was established at the university for a detailed study of fisheries and navigation techniques. In the technological center of the university, leading experts are studying the technologies of processing mollusks and pearls, as well as new methods of crossing and rearing marine animals. At the science center, experts also deal with warnings and the definitions of nearby natural disasters. The university has also a local law-counseling center. The total area of the buildings is almost seven hundred thousand square meters, the total area of education buildings is 658,900 square meters.

Today, the university offers students and scientists advanced equipment for research, all classrooms are equipped with the latest technology. The total amount of equipment purchased for scientific research is more than forty-five US million dollars. For leisure activities, students and teachers are offered gyms, museums, and canteens. For those, who like to read the library of the university offers books of different genres, ranging from natural sciences to scientific manuscripts of the country’s leading scientists. The library collection has more than two and a half million books, eight hundred thousand of which are electronic books.

Since its inception, the University of Guangdong Ocean University has achieved high success in training highly qualified personnel. The total number of graduates in 80 years has reached more than one hundred and twenty thousand. Guangdong Higher Marine Educational Institution was graduated from such famous people as Chen Hongze – the first captain of New China, Xie Shaohe – a pearl tycoon, Zhong Lin – the founder of the artificial breeding of four main types of Chinese carp and many others. Some of the graduates currently work as chief researchers at the Chinese Academy of Fish Sciences. 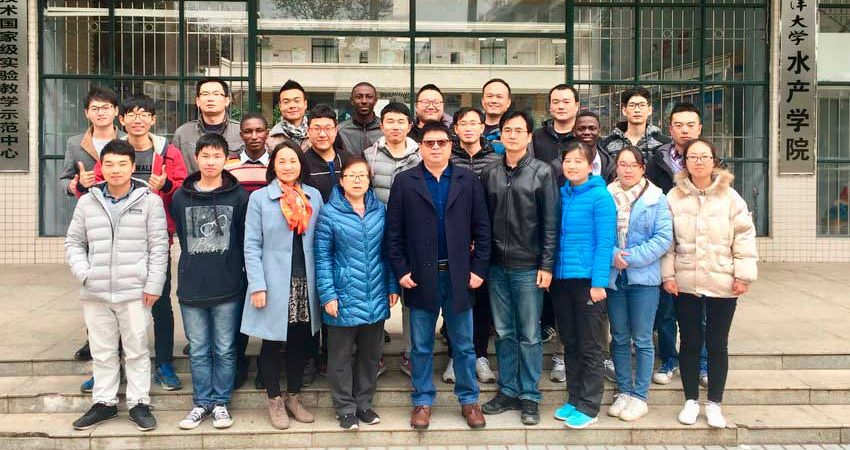 Currently, the university conducts large-scale scientific research in various areas, during its existence, the university has (successfully) carried out more than 1,700 scientific studies, both on national and provincial programs. The university also participated in large scientific programs of the projects “973” and “863”. The Foundation for Natural Sciences of China has several times been a client of the university in research grants.

The leadership of the Guangdong Higher Maritime Institute pays special attention to international relations. Today, the total number of partnership agreements with other universities in the world has reached more than two hundred. The total quantity of universities with which agreements were reached has reached over thirty. And the number of countries with which universities there are agreements has reached more than twenty. Partnership agreements have been concluded in such areas as an academic exchange, joint research in the field of navigation, engineering, and other technical sciences, as well as joint scientific and research conferences and workshops.