Northwest university. The history of the Higher Education Institution begins from the very beginning of the 20th century, namely in 1902. However, at that moment the institution functioned as a college, but 10 years later, it was changed by the university, with the expansion of its powers and functions. The university was among the few that entered the new era of China in the middle of the 20th century (the formation of the People’s Republic of China).

Today, the Northwest university is situated in the Shaanxi region, operates under the leadership of the local government. In the late 1970s, the university was included in the list of primary high education establishments of the state, so it received a powerful impetus to development. It should be underlined that the High education institution is considered as one of the best High schools leading training in the directions of the humanities, sciences, law, and others. In addition, the university is included in the national program “Project 211”, and also awarded thanks to the government for its active support and promotion of the state’s political company in western China.

University recruits 120-160 students for scholarships every year. Scholarships for Bachelor, Master and Doctoral Degree as well as for language courses are provided.
Northwest University is offering Scholarship Program for international students of the academic year 2020-2021. To get more information contact our consultants.

High School is located in the Xi’an region, which used to be the capital of the Middle Kingdom in ancient times. Today, all this historical spirit, color, and all this atmosphere are preserved well enough so that everyone can feel the atmosphere of that time. 24 schools offer different kinds of fields of education under the High education establishment, and a quantity of square meters of the high education institution’s area is more than 1.5 million.

The campus of the university is built in a rather original way, in the form of a garden with different flora and fauna, as well as beautiful shady trees. The campus is landscaped fairly densely and beautifully, each of the four seasons of the year dresses up the nature of the campus in its own way, but each time, the appearance of the campus becomes only better. Shopping lanes and streets, well-preserved historical sites and attractions, the whole mixture is one of the hallmarks of the university. A new campus of the High School is located in the center of the city and is equipped with the latest technologies of the academic program.

Today, the university offers its students sixty-nine types of Bachelor programs, one hundred & fifty-three types of master’s programs, and for those who want to learn science deeper, there are seventy types of doctoral programs in the High School. It should be emphasized that, for those who want to study at international programs, the university offers several types of Master programs, namely, such as MBA, MPA, and others. With the NWU, there are also six national programs for training talented young scientists. There is also a national engineering-oriented research center. In addition, there are also thirteen Ministerial-level laboratories for conducting practical tests of various kinds.

There are over two thousand employees in the High education institution. About half of them are permanent qualified teachers of High school, and a quantity of professors is just over 600. It should be also noted that there are ten academicians from the Academy of Sciences of China among the faculty members. The number of students studying at the university is over twenty thousand, more than 350 of them are foreign students. The number of students included students and doctoral students and undergraduates in a total of five hundred.

Since independence, the Northwest university has made over one hundred thousand highly qualified personnel of its profile, some of whom have become professionals in their spheres, heads of departments and offices, as well as prominent scholars and politicians. It should be underlined that the institution of higher education was recognized as the “Mother of Chinese Petroleum Engineering”.

One of the main advantages and achievements of the Higher Educational Institution is the number of contracts performed by scientists and professors of the High education establishment. Today, research work is underway on 100 contracts, some of which are included in national programs, such as Project 863 or Project 973. In addition, some scientific projects related to the fields of natural sciences are included in the list of projects of the National Fund for Natural Sciences. During its activity, the Higher School has been awarded more than 800 types of awards, and the number of published scientific works has already exceeded 20 thousand, more than one thousand books have been published by scholars and professors of the Higher Educational Institution. 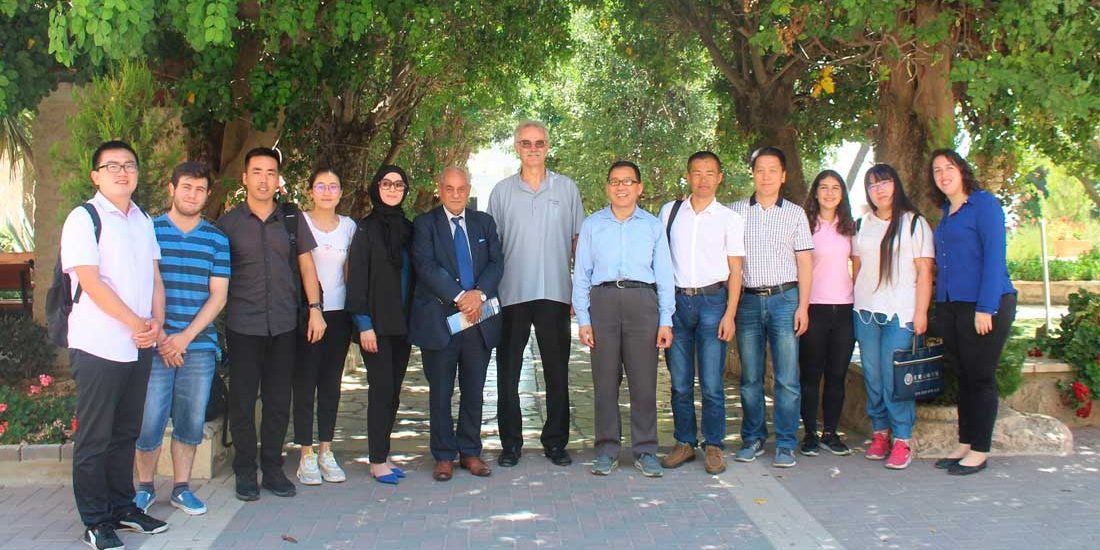 It isn’t news that the leadership of the university places special emphasis on international partnerships and student exchange programs. Today, the Higher School has signed partnership memorandums with over eighty-five universities and research centers and institutes. The highest rate of cooperation is observed with universities of such countries as Hong Kong and Taiwan. It should be noted that the cooperation program focuses on various fields of science, which contributed to the improvement of the academic status of the University, thereby attracting more and more foreign scientists and students.