Guangxi University for Nationalities(广西民族大学) began its activities in the mid-20th century, namely, in the early 1950s. Since its inception, the university was renamed several times, for the last time, the institution of higher education was renamed according to a decree of the Ministry of Education of China in the spring of 2006.

Ever, the university is called Guangxi University for Nationalities. The administration of the higher school includes the state commission on ethnic issues of the PRC, as well as the local government represented by the Guangxi-Zhuang region.

If you are interested to study at Guangxi University for Nationalities, feel free to contact our consultants or to leave your application on our website. You can visit “Our Services” page right here to get known with the services we provide.

Guangxi University for Nationalities recruits 80-120 students for scholarships every year.Scholarships for Bachelor, Master and Doctoral Degree as well as for language courses are provided.

During its work, the University of Guangxi has achieved significant success in many fields of science, thanks to the joint efforts of the university and local government, the university was awarded the title of one of the best universities in party building. In addition, the university was awarded various regional and national awards, for example, “The best unit for the development of ethnic groups”, “The most exemplary educational institution for the propaganda of party ideologies.” At the same time, over the past five years, the university has been tested by the Higher Attestation Commission of China for the quality of education in undergraduate and graduate programs, receiving high marks. 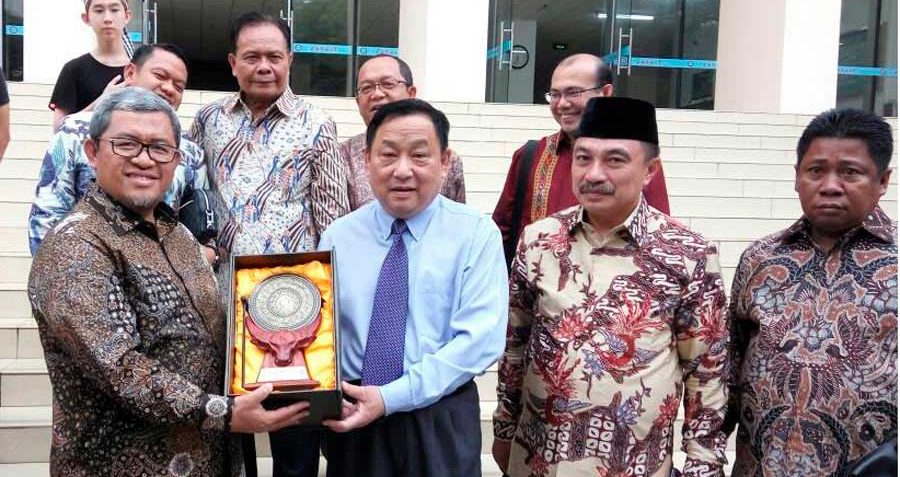 The campus of the University is located next to Xiangxi’s lake, the total area of the campus is almost two million square meters. The total building area is over 350 thousand square meters. The campus landscaping level is more than 60%, and, it should be noted that the university campus was recognized as one of the most environmentally friendly in China. All the necessary conditions have been created for students of the educational institution, the estimated cost of educational equipment is over eleven million US dollars, and the library fund contains over one million books. At the same time, the university library offers nearly one million e-books of various genres, ranging from science to classical literature.

Today, more than fifteen thousand students in undergraduate programs are enrolled at a higher education institution in Guangxi, over two thousand students are enrolled in graduate programs. In addition, over eight hundred students have studied in Ph.D. programs, and the number of foreign students has reached 650. The university has about a thousand teachers, about 200 of them are professors, and more than 300 associate professors. More than 50% of teachers have a Ph.D. degree.

At the same time, the institution of higher education in Guangxi was recognized as one of the international offices of the Chinese Language Council, that is, the university is considered one of the most important educational institutions, which is responsible for the development of Chinese among local and foreign populations.

Taking into account that, the Guangxi High School is considered as one of the members of the Chinese Language Council, here there is a test center for TCFL (Certificate in Teaching Chinese as a Foreign Language) and HSK (Chinese Proficiency Test). At the same time, the institution of higher education in Guangxi is an executive educational institution that is responsible for training Chinese teachers abroad. Since the HSK examinations, the university has issued certificates of knowledge of the Chinese language to over two thousand teachers from more than forty countries.

The management of the university pays special attention to the development of the scientific potential of the educational institution. Thus, during its work, the government allocated more than five million US dollars for research in various fields of science. Guangxi University was able to achieve great success in science thanks to the number of research grants and projects. Until today, in the higher education institution of Guangxi, scientific research has been conducted on thirty projects of national scale, as well as more than a hundred regional level.

In addition, in the process of conducting research, scientists and leading professors of the university have published more than two hundred scientific books and over four thousand papers in both local and foreign scientific journals. As a result, Guangxi University was awarded more than 220 scientific awards for significant contribution to the development of science in its region. The university has its own scientific journal, which is considered as one of the most highly cited in the country.

Since its foundation, Guangxi University has tried to expand its list of partners in science, teaching, academic mobility, and others. One of the clearest examples of friendships at the University of Guangxi is a partnership with such universities in provinces and cities like Suzhou, Renmin, Sun Yat-sen. At the same time, there is a partnership agreement with the Chinese Academy of Social Sciences, which makes it possible to involve academicians in the educational and scientific process of the university.

During its work, the University of Nationalities of Guangxi has produced over one hundred thousand highly qualified specialists, thereby making a special contribution to the development of the country’s economics. Many of the graduates of this university have achieved great career heights, thereby becoming officials or successful businessmen. Some of them devoted themselves to science, and today, they have become professors and scientists of the university.